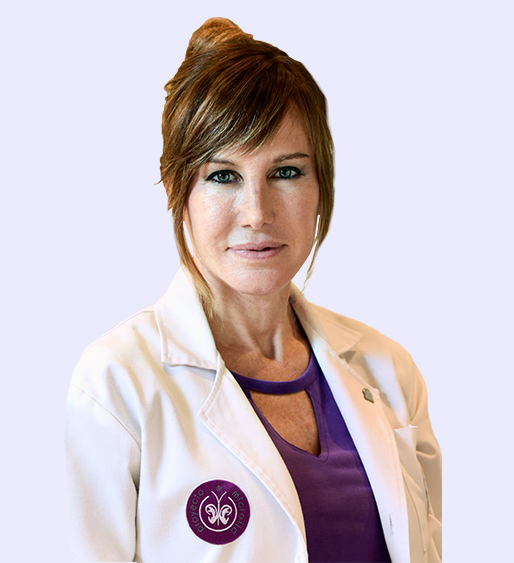 Specialist in Plastic and Reconstructive Surgery

Dr. Valotta was chief of Maxillofacial Surgery at the Sanatorio Del Valle and part of Plastic Surgery Division at the Hospital Militar Central, where she practice several maxillofacial and children malformations surgerys.

She completed his surgical training in the area of CRANEOMAXILOFACIAL SURGERY in the prestigious service of Dr. FERNANDO ORTIZ MONASTERIO at the Manuel Gea González Hospital in Mexico City and in the Advanced Plastics Nucleus led by Dr. VERA CARDIM in San Pablo. Also in the area of RECONSTRUCCION NASAL with FREDERICK MENICK, world reference in the subject.

Finally, in the area of auricular reconstruction she was trained by Dr. FRANCOISE FIRMIN, the best reconstructive ear surgeon in the world, accompanying her in various missions in Latin America and Paris, her workplace, and with whom she currently cultivates a great friendship.

She was invited as a lecturer to more than 40 national and international symposiums, courses and congresses, always lecturing on topics related to face reconstruction, among them the Congress of Plastic Surgery of St. Petersburg where she spoke of facial paralysis and nasal reconstruction, the first symposium of Microsurgery organized by FAUSTO VITERBO in Botucatu in the state of San Pablo, Brazil.

At the symposium, Dr Valotta had the opportunity to share experiences with DANIEL LABBÉ, the creator of one of the most modern techniques for the treatment of facial paralysis, used and presented for the first time in Argentina.

Also, she was invited to the Hospital of Craniofacial Anomalies of Bauru, San Pablo, Brazil, the only one in the world, by the Chief of Craniofacial Surgery of the hospital, Dr. Nivaldo Alonso, in two occasions, where she lectured on ear reconstruction and operated ten patients with no auricle.

He attended the Otorhinolaryngology Service of UNIVERSIDAD DE CAMPINAS, in San Pablo, Brazil, where he presided over the 1st Symposium on Facial Paralysis, giving three lectures on the subject and operated on three cases of facial paralysis with the “Colgajo de Labbé”.

Was part ff the prestigious “Alpine Workshop” , an annual event held in Europe since 1974, founded by Hans Anderl and Wolfgang Muhlbauer, which is only accessible by invitation, and has a maximum of 50 surgeons from around the world.. In November 2013, presided the 1st HANDS ON INTERNATIONAL WORKSHOP ON AURICULAR RECONSTRUCTION at the Indisa Clinic at Santiago de Chile.

She has written numerous works on facial reconstruction, some of them published in Plastic and Reconstructive Surgery, the most prestigious journal of the specialty, and has written chapters of national and international books, among them the third edition of “Plastic, Reconstructive and Aesthetic Surgery” by Felipe Coiffmann.

She currently works as a Consultant for the Plastic and Maxillofacial Surgery Service of the School Hospital of the Universidad Abierta Interamericana, Head of the Reconstructive Complex Surgery Unit of the Clinica Bazterrica and as a Medical Surgeon, specialist in Plastic Surgery, in her private practice.